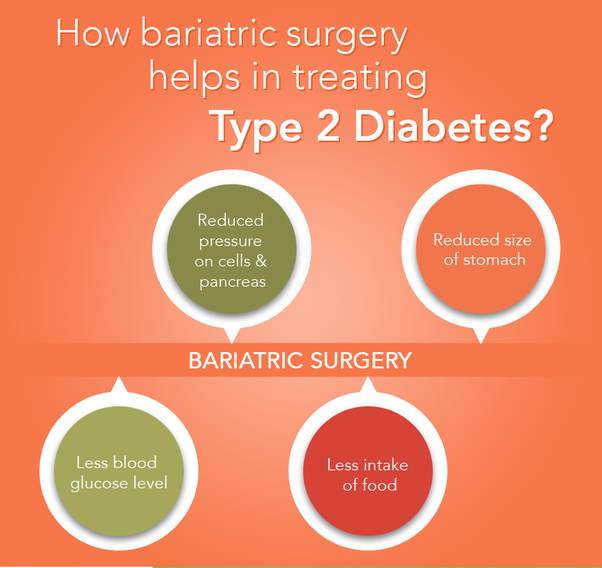 The doctors has long been talk about an epidemic of diabetes type 2 in the world. If 25 years ago, the number of patients did not exceed 130 million people; then in 2015 there were already 415 million, and by 2040, the total number of people suffering from diabetes in the world could reach 642 million.

At risk of developing the disease – above all, people who are overweight. Numerous studies conducted in the world have shown that, with weight loss, firstly, the risk of developing type 2 diabetes decreases dramatically , and in patients the condition improves significantly.

– What causes a sharp increase in the prevalence of diabetes 2 types in recent years?

The increase in the number of patients with type 2 diabetes is primarily due to a change in the lifestyle of a person in the 20-21 centuries. We are less engaged in physical labor, less walking on foot, especially over long distances. At the same time, food has become much more affordable. At the same time , unfortunately, the less useful the food is, the cheaper it is and the more willingly it is bought. Lack of movement and junk food together lead to overweight – the main risk factor for type 2 diabetes.

– In the presence of overweight and obesity, the sensitivity of cells to insulin changes. Insulin is a pancreatic hormone whose main function is to move glucose from the blood to muscle and adipose tissue. With obesity, resistance to this hormone develops (the tissues stop responding to it), as a result, glucose remains in the blood, which eventually leads to the development of diabetes.

– It is known that the disease is terrible, first of all, its complications. What complications are most common, is it realistic to avoid them?

– Complications of diabetes are acute and chronic. And if the number of acute complications was largely reduced in our country due to the development of the endocrinological service, chronic remain the main cause of disability and mortality of patients with such a diagnosis.

Thus, a high level of glucose in the blood leads to the progression of atherosclerosis, therefore, patients with diabetes mellitus most often die from cardiovascular diseases (myocardial infarction, stroke). In addition, diabetes has specific complications: damage to the kidneys, eyes and nerve fibers. This is fraught with renal failure, blindness, the occurrence of nonhealing wounds (mostly lower extremities).

But complications can be avoided! The main thing – to maintain the target range of blood sugar levels. Patients are often mistaken when they consider that it is possible to prevent health problems caused by diabetes by carrying out a variety of “droppers”. I repeat once again: in order for complications to occur, it is necessary to remove the cause of their development – high sugar levels.

– Are there any innovative methods for the treatment of diabetes mellitus 2 ?

– The main method of treating type 2 diabetes is drug . Now in the arsenal of experts – several classes of drugs, including the impact on cell resistance to insulin. Compensation for type 2 diabetes is also possible against the background of weight loss with the help of drugs specifically designed to combat obesity. Several of them are now registered and applied in our country.

In this case, in no case should we forget that the wrong way of life most often leads to diabetes and obesity of patients, therefore, it is always necessary to speak about the principles of a balanced diet and increased physical exertion!

– Evidence that diabetes can be treated surgically appeared with the development of bariatrics , a surgical method of treating obesity. As bariatrics developed, medical specialists began to pay attention to the fact that after such operations, diabetes mellitus “disappeared” for a long time. This is how the concept of metabolic surgery, a surgery aimed at treating obesity complications related to metabolism, primarily diabetes, originated. In 2017, STAMPEDE research was published. For five years, doctors monitored patients after surgical treatment of diabetes. As a result, data were obtained that the operation allowed a third of patients to refuse to take insulin, and another third was compensated without hypoglycemic therapy.

– How does bariatric surgery affect a person’s metabolism?

– Bariatric interventions are of three types: restrictive , shunt and combined. Restrictive operations are aimed at reducing the size of the stomach. They not only lead to a reduction in the volume of food consumed, but also make it possible to exclude the part of the organ where the hormone responsible for appetite is produced.

Shunting operations, which are based on the bypass of some parts of the small intestine, can significantly reduce the suction surface of the gastrointestinal tract.

Combined ( restrictive + shunt) operations are also used , which provide both effects at once.

– Is it possible to carry out such operations for the prevention of diabetes?

– In the case when the operation was performed on an obese patient without diabetes, we manage to achieve a significant reduction in body weight. Weight reduction itself will be the prevention of diabetes in these patients.

– Which is better: treat diabetes mellitus 2 with a conservative or surgical method?

– Treatment of a patient with overweight or obesity, with diabetes mellitus in any case should be comprehensive. Indeed, despite the effectiveness of the operation, after it is performed, in some cases, if the recommendations are not followed, there may be relapses – a return to weight gain. Therefore, competent support of a nutritionist, endocrinologist is necessary for the patient throughout his life.

– Is it always necessary to include bariatric interventions for diabetes ?

I think that for some patients bariatric operations are vital, for them they should be free. In addition, this type of surgery is associated with the features of postoperative management. Therefore, it seems to me that it is important to create specialized centers where the whole range of such interventions would be performed and subsequent multidisciplinary monitoring of patients was carried out .

– Have any new methods of treating diabetes recently appeared?

– Of course, medical methods of treatment of diabetes are constantly improving. Over the past 10 years, several new classes of drugs have appeared. Many of them, along with diabetes treatment, help reduce body weight. In addition, medications are becoming more secure, the range of side effects and contraindications is narrowed. Much work is being done on the creation of new insulins: they are most similar in action to that produced in the body of a healthy person. At the same time, methods of insulin delivery are being improved: many children and adults use insulin pumps, which make it possible to administer the drug as comfortably as possible and to significantly reduce the number of injections. Great progress!

– Does the pancreatic cell transplant have a future in the treatment of diabetes?

At the same time, science does not stand still, and perhaps such technologies will be actively used in the future.