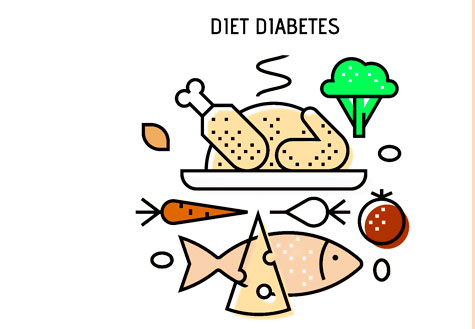 We all have friends or relatives who suffer from diabetes and are constantly forced to take insulin, a drug similar to the human hormone that helps regulate blood sugar levels. We tell how scientists went to the discovery of this medicine and for which they were awarded the Nobel Prize.

Back in the early twentieth century, patients died from diabetes. Now this disease is considered chronic: observing all appointments, people live practically normal lives for decades. The market for drugs for the treatment of diabetes by 2018, experts predict, could reach $ 58 billion.

Mention of the disease, which is now called diabetes, appeared, according to historians, more than 2,000 years ago. Roman and Greek doctors noted a combination of symptoms such as large fluid loss, thirst and weight loss. Already later, doctors noted the sweet smell of urine, and one of them, having tried, and a sweet taste. Naturally, the idea arose that sugar or glucose accumulated in the body, which is usually consumed by the cells for energy production.

Normally, it happens like this: glucose enters the body with food. But in order for it to enter the cells, it needs an assistant, the hormone insulin. This scheme acts rather cunningly: insulin sits on certain receptors of the cell, after which channels open in its membrane, through which glucose penetrates into the cell. If for some reason insulin is not enough, glucose begins to accumulate in the blood and urine.

Type 1 diabetes is caused by the death of insulin-producing beta cells in the pancreas. They are attacked by their own immune system. This leads to insulin deficiency and an increase in the level of glucose in the body. The disease usually affects people in childhood and adolescence. It develops quickly and without treatment is difficult.

Type 2 diabetes at the outset is not associated with insulin deficiency. Most often, it is associated with insulin resistance: cells do not perceive insulin, the hormone does not bind to its receptors in sufficient quantity, as a result of which little glucose penetrates into the cell. And this, in turn, leads to an increase in blood glucose levels.

According to the WHO, about 5% of all patients with diabetes suffer from type 1 diabetes. Why are the efforts of society and pharmaceutical companies for the most part focused on insulin? First, these patients simply cannot live without insulin. Secondly, this disease is mostly childish, so it becomes a social issue. Thirdly, even in type 2 diabetes, when insulin seems to be produced in the body at the proper level, it is depleted during the course of the disease, and then patients are transferred from other antidiabetic drugs to insulin.

How insulin was discovered

In 1869, the German pathologist Paul Langergans, examining the pancreas under a microscope, discovered small clusters of cells, which were later named after him as the islets of Langerhans. Their role then remained unexplained. In 1889, German physiologists Josef von Mehring and Oscar Minkowski found that when the pancreas is removed in dogs, the concentration of sugar in their blood increases dramatically. So there was an assumption that diabetes cause disruption of the pancreas.

In the years 1900-1901, important research was conducted by the Russian doctor Leonid Sobolev. When ligation of the pancreatic ducts in dogs, he noted that the part that is responsible for digestion, but not the islets of Langerhans, atrophies. He suggested that the islets are responsible for internal secretion, and even suggested that ligation of the pancreatic ducts, for example, in newborn calves, can be used to obtain a substance suitable as an antidiabetic drug. Unfortunately, Sobolev died at a young age and did not continue his work.

In 1916, the English physiologist Edward Charpy-Schaefer suggested that the substance produced by the islets of Langerhans is a hormone, which he called insulin (from the Latin insula, an island). And then all efforts were directed to isolate this hormone from the pancreas and try to treat them with diabetes.

The future Nobel Prize winner, Canadian physician Frederick Banting, played a decisive role in this. In 1920, he became an assistant professor at the Medical School of the University of Western Ontario. Banting’s bibliographers believe that he addressed the topic of diabetes after a friend of his childhood died from this disease.

Among other scientific literature, Banting read an article about attempts to obtain a hormone from the pancreas. However, the hormone in the process of release was quickly destroyed by the digestive enzyme trypsin. And Banting came to the same conclusion that Leonid Sobolev twenty years earlier: you need to separate the endocrine part of the pancreas and the exocrine part. He wrote in his diary: “Tie the pancreatic ducts in dogs. Wait six to eight weeks. Remove and extract. ” Thus, he hoped to obtain an extract of cells of the islets of Langerhans, not destroyed by trypsin.

On the advice of his supervisor, Banting discussed the topic with John MacLeod, a professor at the University of Toronto. At first, MacLeod was skeptical about his idea, but in the end, he allocated a laboratory for Banting, several dogs, and assistant student, Charles Best, for a while until he went on vacation.

While MacLeod was resting, Banting and Best conducted a series of experiments: they tied up the pancreatic ducts in one dog, obtained an islet cell extract and injected it with a dog with hyperglycemia. The animal got better. Returning from vacation, MacLeod also jumped at the topic, but in company with biochemist James Collip.

Banting and Best began to get an extract from the pancreas of unborn calves. James Collip has developed an extract purification technology. Numerous successful experiments on dogs allowed scientists to reflect on human trials.

The first patient of the researchers was a 14-year-old Leonard Thompson, who suffered from so-called juvenile diabetes (type 1 diabetes). Doctors described him as a completely emaciated, dying boy, from whom there were skin and bones. In January 1922, he was given the first injection of an extract containing insulin. The first injection caused the boy a terrible allergy. For nearly two weeks, James Collip purified the extract, and on January 23, Leonard was given a second injection. After her, Thompson quickly went on the mend.

The news of the rescued boy caused an international sensation and the torrent of patients in Toronto. University scientists and doctors have done hundreds of injections. They tell a story about how a ten-year-old girl was brought to Toronto by train and on the way fell into a ketoacidotic coma. Arriving directly to the station, Banting gave her a saving injection. After that, the girl lived 61 years, all the while taking insulin.

In 1923, Banting and McLeod received the Nobel Prize. Banting did not patent his discovery, but gave it to the University of Toronto, which immediately began to sell technology licenses to pharmaceutical companies. The first license was received by the American company Eli Lilly, followed by the Danish Novo Nordisk and the German Hoechst entered the market in 1923.

Companies produced beef and pork insulin, which are very similar to human. However, they were still not perfect for treating people. In 1926, a hormonal scientist from the American University of John Hopkins, John Abel, was the first to obtain insulin in a crystalline form.

A new stage in the history of insulin was the discovery in 1955 by the English biochemist Frederick Sanger of the nature and structure of the insulin protein. This became the fundamental basis for the possible production of a synthetic hormone. In 1958, Sanger was awarded the Nobel Prize for this work. In 1964, the English biochemist Dorothy Crowfoot-Hodgkins received the Nobel Prize for the determination of the spatial structures of biologically active substances, including insulin.

But it took a long 26 years before Harvard University researchers Walter Gilbert and Peter Lovedico created the technology for insulin synthesis. A little later, insulin was created by genetic engineering.

Today, scientists are working to create different forms of the drug. Despite the fact that various improvements have been made for the convenience of patients who themselves can inject insulin using a disposable syringe pens, it is clear that injections are not the most convenient way to administer the drug. The company MannKind Corp has developed an inhaler, which is registered in 2014, and the rights transferred to Sanofi. They also tried to create patches with insulin, but so far nothing has been reported on the readiness of such products.

Another attempt – a pill. Naturally, they thought about it first of all, since it is most convenient for reception. Companies have not even taken on such projects for a long time. As we remember from the history of creating insulin, it is quickly broken down by food enzymes. It is clear that, once in the gastrointestinal tract as a pill, it will also be exposed to enzymes, and it will be extremely difficult to calculate its dose and maintain the level. However, Novo Nordisk recently announced that it is working on such a project and believes in its success.

Historically, the entire global insulin market has been divided between three companies. The largest share belongs to Novo Nordisk, a smaller one – Eli Lilly and Sanofi. (Above, drugs for type 2 diabetes work much more than global pharmaceutical companies.)

Russia has long been developing its own insulin as one of the strategic drugs. However, Russian insulin did not advance well, including due to the conservatism of doctors, who were too accustomed to foreign drugs and convinced everyone that we are “not right”. Now one of the progressive Russian companies “Geropharm” has bought the company “National Biotechnologies” and is preparing to seriously engage in the production of insulin.

Do not sleep and grants. Sanofi bought a plant in the Oryol region, and now Sanofi-Aventis-Vostok produces Lantus insulin on a full cycle, excluding the substance. Novo Nordisk is ready to enter its plant in the Kaluga region, and Eli Lilly has signed an agreement with the well-known Russian company R-Farm to produce the entire line of its insulin. So soon they will become local Russian manufacturers.

Diabetes in children and adolescents